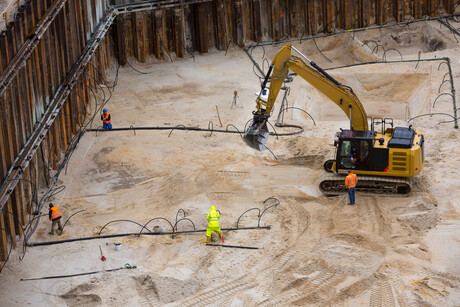 An engineering company, Ranjan Fernando Consulting Engineers, and its sole director, Ranjan Fernando, have been convicted and fined $250,000 and $60,000, respectively, for failing to ensure persons other than employees were not exposed to risks to health and safety. The company was fined after the 2015 collapse of a pit on a Mt Waverley construction site in Melbourne, which led to the evacuation of nearby residents. WorkSafe Victoria Executive Director of Health and Safety Julie Nielsen said the collapse could have had catastrophic consequences for workers or for members of the public in the immediate vicinity.

In February 2015, the company certified structural drawings for a mixed commercial and residential development to be built on the Highbury Road site. The drawings included plans for the construction of a two-level underground carpark, but failed to include an appropriate retention system for the excavation. Excavation works for the basement had just been completed in July 2015 when a collapse occurred after heavy rain, leaving two adjacent townhouses teetering on the edge of the 10-metre-deep hole. Tenants living in the properties were forced to evacuate and find alternative housing.

“Thankfully no-one was onsite at the time of the collapse and the homes that had to be evacuated didn’t fall into the pit,” Nielsen said. “But it’s clear this company and its director should have been aware both of the risk of collapse and the safety measures that would eliminate or reduce that risk.” In 2018, the structural engineering firm that drew up the plans for excavation and its director were separately convicted and fined a total of $240,000 after pleading guilty to workplace safety breaches.