183 Australians lost their lives while at work in 2019 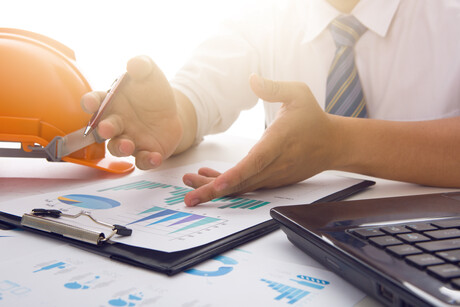 “In 2019, 183 workers tragically lost their lives while at work,” SWA CEO Michelle Baxter said regarding the key figure in the report. “This represents an increase compared to 2018, a year in which we had the lowest ever number of fatalities recorded.”

The ‘Agriculture, forestry and fishing’ industry had the highest worker fatality rate for 2019 at 9.1 fatalities per 100,000 works (followed by ‘Transport, postal and warehousing’ at 8.7), while ‘Machinery operators and drivers’ had the highest number of fatalities by occupation (72 fatalities). Regarding mechanism of incident, ‘Vehicle collisions’ was the most significant, accounting for 43% of injury fatalities (followed by ‘Falls from a height’ and ‘Being hit by falling objects’, both at 11%).

In its state/territory snapshot, the report reveals that New South Wales recorded the highest number of deaths with 62, followed by Queensland (41), Victoria (34), Western Australia (20) and South Australia (14). The Northern Territory and Tasmania both recorded six fatalities, while the Australian Capital Territory recorded nil.

“Fatalities at work are devastating for everyone involved: workers, their family, their employer and the wider community,” Baxter said. “Overall, fatalities have been trending down since 2007, with the overall fatality rate decreasing by 53%,” Baxter added.

Australia’s downward trend is apparent in serious workers compensation claims too. “Overall, the serious claim frequency rate has decreased by 26% from 2008–09 to 2017–18,” Baxter explained.

Understanding the causes of injury and the industries most affected can help reduce work-related fatalities, injuries and disease. This year, SWA is encouraging workplaces to use the data released to help make work safer — a message especially important during October, which marks National Safe Work Month.

“Safe Work Month is an opportunity to pause and reflect on safety at work,” Baxter said. “We have released our national data on worker fatalities and compensation claims during Safe Work Month to remind people that, even though work health and safety outcomes have improved over time, there is still a lot more work to do.”

The full report includes trends, age and gender comparisons, and industry and occupation breakdowns for WHS and serious workers compensation claims across Australia. It is available here.