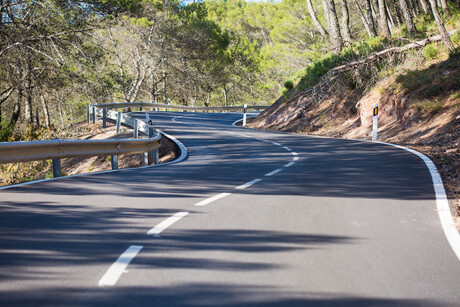 Road maintenance company Valley Sweep and its director, Anton Zakic, have been convicted and fined more than $466,000 after the death of a young truck driver in West Gippsland, Victoria, in 2017. Both pleaded guilty in the Latrobe Valley Magistrates’ Court to a single charge each under the Occupational Health and Safety Act, of failing to provide and maintain safe plant. The company was fined $388,650 while Zakic was fined $77,730, the maximum penalties available.

The incident and penalties

Valley Sweep entered into a hire agreement to provide another company with a water cart truck and a driver in April 2017. Less than a month later, the 21-year-old driver was killed when the truck rolled while travelling down a long, steep, curved section of road near the town of Noojee. A forensic engineer hired by WorkSafe Victoria concluded the poor condition of the truck’s brakes, including being improperly adjusted, was the primary cause of the crash. The truck had last been inspected and serviced by an external mechanic in December 2015.

Zakic and another Valley Sweep employee had performed some maintenance and repair work for the company’s fleet of trucks and had worked on the water tanker, but neither were qualified mechanics. The driver had not received any formal training in the operation of water cart trucks, which have unique handling characteristics, or any supervised training in driving a water cart truck in difficult conditions such as a steep or curved descent.

“This company’s director made a reckless decision to perform service and maintenance work on the water truck himself, even though he knew he wasn’t qualified to do so,” Julie Nielsen, WorkSafe Victoria’s Executive Director of Health and Safety said. “This failure to take reasonable care left a dangerous vehicle on the road and ultimately cost a young worker his life.”

To manage risks, employers should ensure safe systems of work are in place and regularly monitored, reviewed and revised. Employers should also conduct regular vehicle inspections, servicing and maintenance by competent persons, in accordance with the manufacturer’s recommendations. Pre-operations checks should also be conducted daily on essential components such as brakes, steering, tyres (including pressure), indicators, oil leaks and suspension, with defects fixed by competent persons. Untrained, unlicensed or inexperienced people should not be allowed to operate vehicles.

Employers should also implement a system to ensure people are competent to conduct the work, with instructions, information about the work, mentoring and assessment, toolbox training and refresher training, even for experienced employees. Rules and standards for safe road use (including speed limits for travel and manoeuvres) should be established, with consideration for the load factor of a vehicle, movement of liquid and its effect on vehicle stability, increased braking distances due to the surge of liquid within a tank, and changing environments and conditions. All safety information should be communicated to drivers and others, to enable them to perform their work safely, without risks to health.