NSW regulator responds to investigation into conduct of inspectors 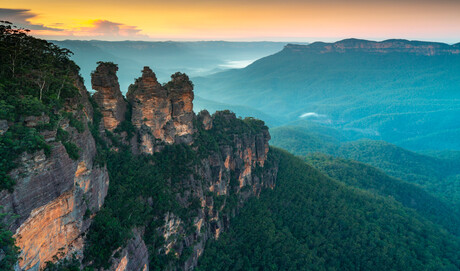 In August 2020, the New South Wales Ombudsman (NSW Ombudsman) published a report that set out the findings and recommendations of its investigation into actions taken by SafeWork NSW inspectors in relation to Blue Mountains City Council (BMCC) workplaces.

The investigation was started after a complaint by BMCC in 2018, in which it alleged wrong administrative conduct by SafeWork NSW when it took various compliance actions under the Work Health and Safety Act 2011, in relation to BMCC’s sbestos management practices.

SafeWork NSW issued a response to the report on 15 September, in which it accepted all 11 recommendations set out and apologised, as its compliance activity and some of its processes were not up to the standard expected of a best practice regulator.

NSW Ombudsman Michael Barnes tabled the investigation into SafeWork NSW in parliament on 21 August 2020. In his tabling letter, the NSW Ombudsman noted that workers, employers and the community rely on SafeWork NSW to make enforcement decisions and actions that are based on professional expertise, evidence and relevant standards. The NSW Ombudsman stated that his investigation had identified a number of occasions where SafeWork NSW’s compliance notices were issued contrary to law.

The investigation found that SafeWork NSW inspectors issued notices without holding the reasonable belief that is required under legislation, instead issuing notices because they were directed to do so. The investigation also found some cases where the council was required by SafeWork NSW to take action that was not justified by legislative guidelines and relevant industry standards. The impact of SafeWork NSW’s conduct in the cases identified in the report imposed significant financial costs on BMCC and therefore indirectly on its ratepayers.

In its report, the NSW Ombudsman recommended that SafeWork NSW apologise to the council and provide compensation for the undue expenses caused by its actions. The NSW Ombudsman had previously noted that the work undertaken by Heads of Asbestos Coordination Authorities in implementing the State-Wide Asbestos Plan has resulted in NSW being recognised as having a best practice approach to managing asbestos. Findings and recommendations in the NSW Ombudsman report identified areas where SafeWork NSW can improve its performance as a regulator.

The report is available here.

In its September response, SafeWork NSW acknowledged the findings of the report and accepted all 11 recommendations, under sections 26 and 31 of the Ombudsman Act 1974. SafeWork NSW also acknowledged in its response the substantial work done by BMCC to manage asbestos safety in its workplaces, and stated that it will continue to work with the council, to pursue a collaborative working relationship. SafeWork NSW outlined in its response the processes underway to implement the NSW Ombudsman’s recommendations.

SafeWork NSW has introduced an Inspector Practice Note with supporting policies and procedures on the operation of section 62 of the Act, in place from September 2020. This Note seeks to provide targeted guidance for all inspectors for this priority area. SafeWork NSW has also developed enhanced training programs to ensure there are clear policies and training provided to all inspectors and management who hold inspector authorities. The program will build and enhance inspectorate capability and enable exemplary regulatory services by planning, designing, developing and delivering an end-to-end program for inspectors. A specific training program for section 162 commenced on 21 September, with completion expected by December 2020.

SafeWork NSW is also developing a quality assurance program to ensure consistency in its regulatory processes, with a view to implementation across all operational areas of SafeWork NSW by mid-2021. A Business Intelligence Improvement Program will also provide inspectors access to improved data and guidance materials in the field via their mobile devices. Further, SafeWork NSW is reviewing its existing guidance material, to address the matters raised in the recommendations and the report. The review and updates of existing guidance are expected to be completed by mid-2021, with the development of Conflict of Interest Strategic Plans to be completed by December 2020.