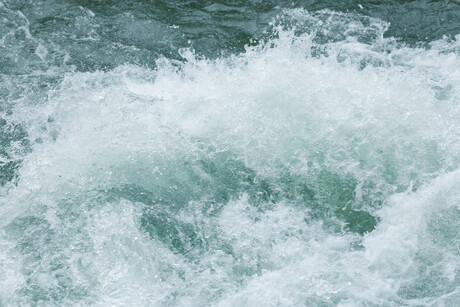 On 28 September, Ardent Leisure Limited was sentenced and fined $3.6 million in relation to the Thunder River Rapids Ride tragedy at Dreamworld on the Gold Coast on 25 October 2016, where four people lost their lives. Ardent Leisure pleaded guilty to three offences that breached Section 32 of the Work Health and Safety Act 2011 (the WHS Act). Each charge concerned a breach by the defendant of its primary safety duty under Section 19(2) of the WHS Act to ensure that the health and safety of members of the public were not put at risk.

Four guests on the Thunder River Rapids Ride at the Dreamworld theme park were killed after the raft they had been travelling in collided with another raft. The subsequent Workplace Health and Safety Queensland investigation revealed failures in a number of areas. The matter was referred to the independent Work Health and Safety (WHS) Prosecutor, Aaron Guilfoyle, after Coroner James McDougall released his inquest findings. Guilfoyle subsequently laid charges against Ardent Leisure, noting that the brief of evidence, which was assessed against the Guidelines of the Director of Public Prosecutions, supported those charges.

Magistrate Pamela Dowse noted that those who were at risk from Ardent Leisure’s failures included guests at the park, who placed complete and blind trust in the defendant. “The failures of the defendant were not momentary and did not occur on the day of the incident. They were failures well before then, which led to what ultimately transpired. Nor were they confined to a discrete safety obligation,” Magistrate Dowse said.

In sentencing, Magistrate Dowse acknowledged that while the defendant directed resources towards safety and implemented some control measures and improvements over time, its efforts were below the expected standard. A variety of available control methods would have minimised or eliminated the relevant risk. In some instances, reasonably practicable control measures which would have reduced the risk were identified, but not implemented.

“The defendant was aware of the risk of failure of the administrative controls, but continued to rely too heavily upon them, notwithstanding that, in most of the previous investigations into incidents on the ride, the primary cause was attributed to operator error in failing to follow operation procedures,” Magistrate Dowse said.

Guilfoyle stated that he hopes the charges will give the families of the victims some sense that justice has been served. “I determined, having considered the evidence, that it was not appropriate to lay any further charges, including against any individuals,” Guilfoyle said. “I am conscious that no penalty can account for their profound loss. However, the penalty is significant, the largest fine in the history of WHS prosecution in the country.”

Guilfoyle added that the penalty imposed reflects the seriousness of the conduct of Ardent Leisure and its tragic consequences. “Today’s outcome wouldn’t have been possible without the work of many dedicated officers who contributed to both the investigation and prosecution process,” Guilfoyle said. “I thank them all for their very significant contribution over the last four years.”

In response to the sentencing, Ardent Leisure Group Chairman Dr Gary Weiss AM and Ardent Leisure Group Theme Parks Division CEO John Osborne released a statement expressing their deepest sympathies to the families of Roozbeh Araghi, Luke Dorsett, Kate Goodchild and Cindy Low for the enormous loss to each of them from the tragedy that occurred at Dreamworld.

In the statement, Ardent apologised unreservedly to the families for their tragic losses, accepting full responsibility for the tragedy. In pleading guilty, Ardent Leisure accepted that it failed to ensure the provision and maintenance of safe plant and structures, the provision and maintenance of safe systems of work, and the provision of the information, training, instruction and supervision that was necessary to protect all persons from risks to their health and safety.

“There has been considerable change at Dreamworld over the last few years as was acknowledged by the Coroner in his report. This change, driven by the new and experienced leadership team, has resulted in a complete overhaul of Dreamworld’s safety systems which has led to enhancements to existing systems and practices and the adoption of new ones,” the statement read.

The statement from Ardent Leisure also noted that the majority of families, first responders and others impacted by the tragedy have received compensation. “The Ardent Board has, and continues to, press for the expeditious resolution of the remaining claims noting that, in the case of compensation for minors, the court’s approval is required before compensation can be finalised,” the statement concluded.