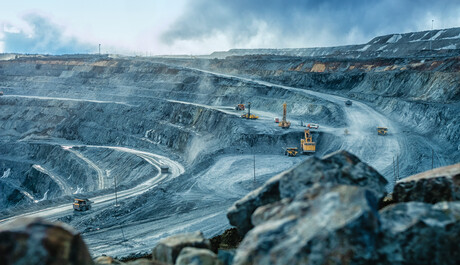 The public hearings that were due to commence on 15 September 2020, which were expected to bring to light evidence regarding the serious accident and methane exceedances at Grosvenor Mine, will no longer happen, according to a statement released by the Queensland Coal Mining Board of Inquiry’s Chairperson Terry Martin SC. Pursuant to Section 216 (4) of the Coal Mining Safety and Health Act 1999, many witnesses have informed the Inquiry that they will refuse to answer questions that might incriminate them, Martin has stated. The witnesses are comprised of obligation holders under the Act and persons who may fall within Section 39 of the Act. Such persons may therefore be at risk of prosecution.

“At this stage, it is problematic for these witnesses to answer questions at the Inquiry about the 27 methane exceedances and the serious accident because, depending on the Prosecutor’s assessment, any incriminating answers may subsequently be used in evidence against them,” Martin stated. The Board has accepted that the current refusal to answer such questions is justified. Consequently, the Board has stated that it cannot, at this stage, meaningfully inquire into the 27 methane exceedances or the serious accident at Grosvenor Mine. While there is a delay, relevant evidence from expert reports and public submissions will continue to be provided to, and considered by, the Inquiry.

To ensure that all relevant evidence about the Grosvenor Mine will be available, the further public hearings will be listed for no earlier than mid-March 2021. Currently, the only evidence likely to be called will be expert evidence in relation to making coalmines safer in the future. Specifically, the evidence will relate to the prospect of introducing a practice of continuous inertisation of active goafs. The evidence will be given in a virtual hearing over one or two days, live streamed from the Board’s website. The Terms of Reference state that the Board must provide Queensland’s Minister for Natural Resources, Mines and Energy, currently Dr Anthony Lynham, with a report, suitable for publication, about its findings and recommendations, by 30 November 2020. However, the provision of a complete report by that date is no longer possible.

In a separate statement, Dr Lynham — who this month announced that he would not be recontesting the seat of Stafford at the 31 October state election — accepted the Inquiry’s request for an extension to 31 May. An investigation by the Regulator into the serious accident has not concluded and therefore no assessment has been made by the Work Health and Safety Prosecutor of the potential for any charges to be laid.

The Board of Inquiry was appointed in May 2020 to inquire into an incident at Grosvenor Mine as well as 40 other high potential incidents relating to the principal hazard of methane. The Board’s interim report is now publicly available here.